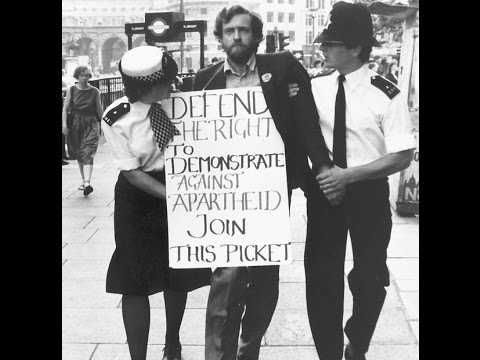 When are the mainstream media & CONservatives/EDL/Tommy Robinson/UKIP/BNP/Britain First/National Action/Generation Identity etc going to stop LYING about Jeremy Corbyn?! We had those soldiers pictured with Tommy Robinson (CLICK HERE), and now Soldiers shooting at a picture of Jeremy Corbyn (CLICK HERE) because of ‘security concerns’ is beyond the pale. While of course all individuals must take responsibility for their own actions…A reminder:
*Jo Cox was MURDERED, with the culprit literally citing Britain First when doing it.
*Another Labour MP (CLICK HERE) was going to be MURDERED by a former National Action (and convicted Child Sex Offender) leader.
*Citing media coverage-which was literally a lie-an assassination attempt (CLICK HERE) was made on Jeremy Corbyn & Sadiq Khan. The culprit then ran down some people outside a Mosque when he couldn’t get to Corbyn & Khan.
*A couple of weeks ago Jeremy Corbyn was punched very hard in the side of the head (CLICK HERE) by someone claiming he was “betraying Brexit”.
*Now this awful footage re the soldiers. Remember Forces personal have already gone to huge measures to try and say Corbyn is a security risk (CLICK HERE). Indeed, even Prime Ministers (CLICK HERE) & the current Home Secretary (CLICK HERE) . All this despite Corbyn being the one who would ONLY send them to war as a LAST resort, even then with the proper kit and post-services care.
It may not be long before someone else is murdered. Or Corbyn is targeted again. This is on all those lying about Corbyn. You are a disgrace to humankind. You are the lowest of the low-and, you know what, this includes a lot of the so-called ‘Liberal’ media, too. Shame on you for unnecessarily endangering lives like this. Because you choose to use this method because you can’t win the political arguments.
For the removal of doubt. Jeremy Corbyn is:
*NOT and NEVER HAS BEEN even remotely anti-Semitic or racist in any way. In fact, he was arrested for being ANTI-racist re Apartheid!
*NOT a security threat in any way. HE IS ON THE PRIVY COUNCIL! He can’t be on there if he is as these liars describe, as he’s privy to top-level secrets and is vetted by our security services. Unless, being he is the ‘Right Honourable’, you think the Queen is a security risk to this country? Or a ‘terrorist sympathiser’ etc???!!!
*NOT a supporter of the violence/murders of the IRA or any other terrorist organisation. He won the Gandhi Peace Prize and another International Peace Prize for goodness sake! Trying to broker peace is not endorsing terrorism. Unlike this CONservative government who consistently support terrorism, and sell arms to terrorists. Meanwhile, the Tories literally directly dealt with the IRA and have former IRA members who called for the deaths of UK soldiers AS THEIR ELECTED COUNCILLORS! (CLICK HERE)!
*Not a Czech Spy-as confirmed HERE (CLICK HERE) (as if that needed confirming?!).
*NOT a fan of Putin or a Russian Stooge. Corbyn has voted against/massively criticised Putin (and Assad) in Parliament on far more than most. As his voting record shows.
Finally, if Corbyn was any of what these lies say, why on earth would Theresa May & the Tories come cap-in-hand to him/Labour now trying to help them salvage their failed Brexit deal if he was as dangerous or incompetent as they claim?!
STOP LYING. THESE LIES HAVE VERY SERIOUS CONSEQUENCES. IF YOU CAN ONLY ‘WIN’ BY TARGETING THE INDIVIDUAL, YOU ARE MERELY ADMITTING YOU HAVE LOST THE POLITICAL ARGUMENT(S)…
Which they clearly have! TOTAL SOLIDARITY with Jeremy Corbyn. I am proud to stand shoulder to shoulder with him, and very grateful he puts up with all this for OUR sakes.
✊❤️✊❤️✊❤️✊❤️✊❤️✊❤️✊❤️✊❤️✊❤️✊❤️
#WEARECORBYN #JC4PM #STOPDANGEROUSLIES
In Solidarity,
Adam Samuels – Clwyd South Labour Party Media & Communications Coordinator.

View all posts by finnfan05